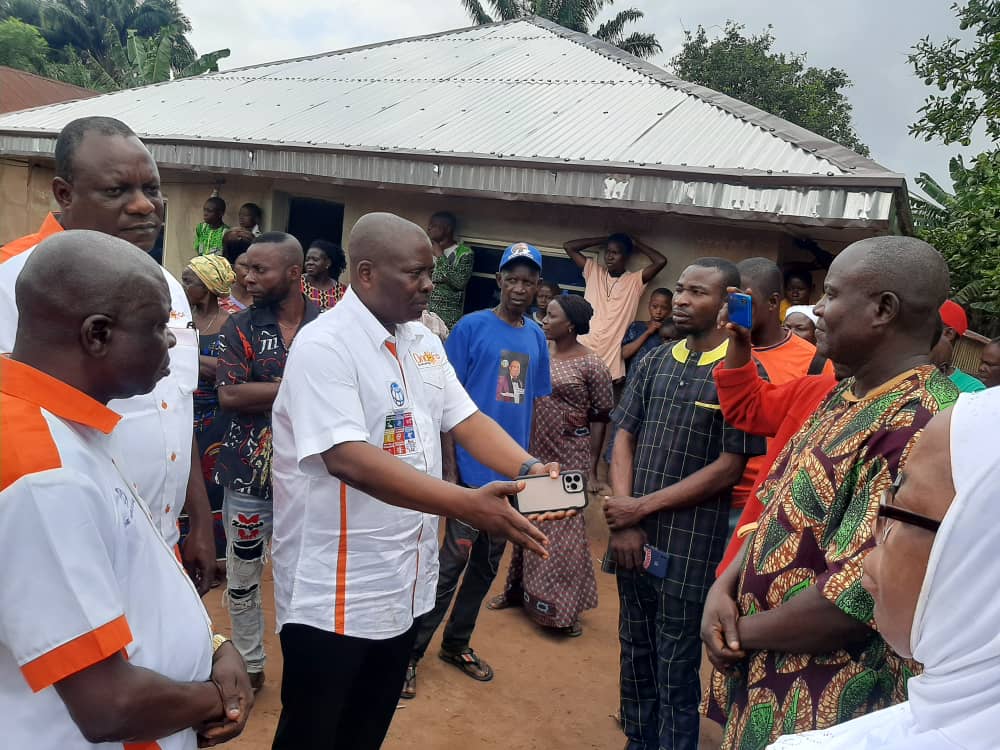 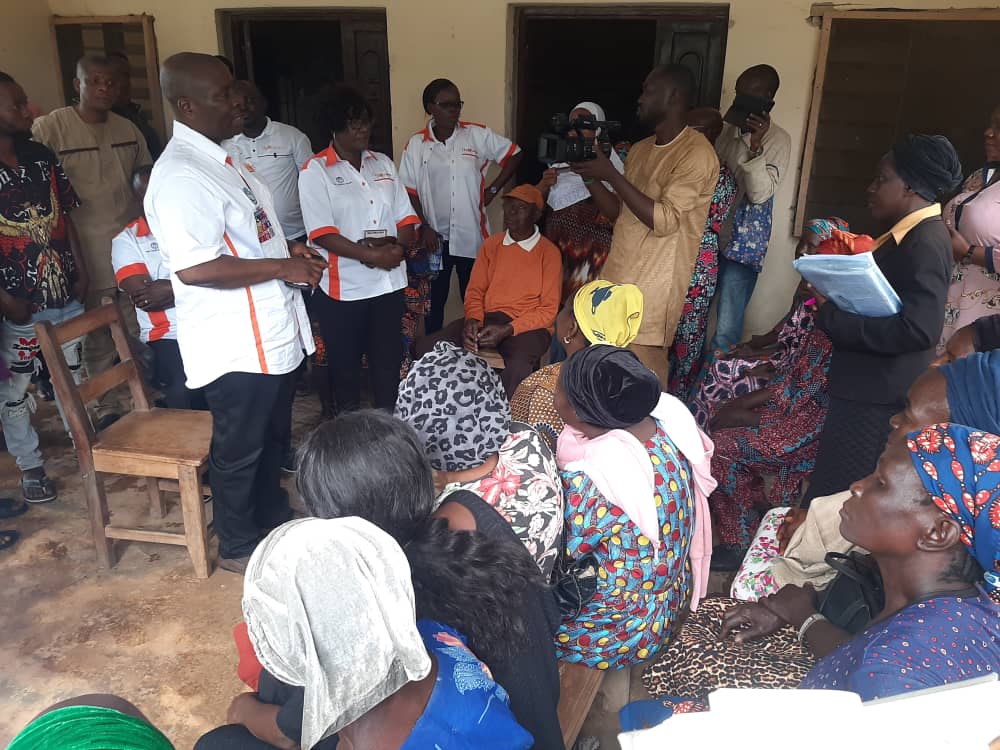 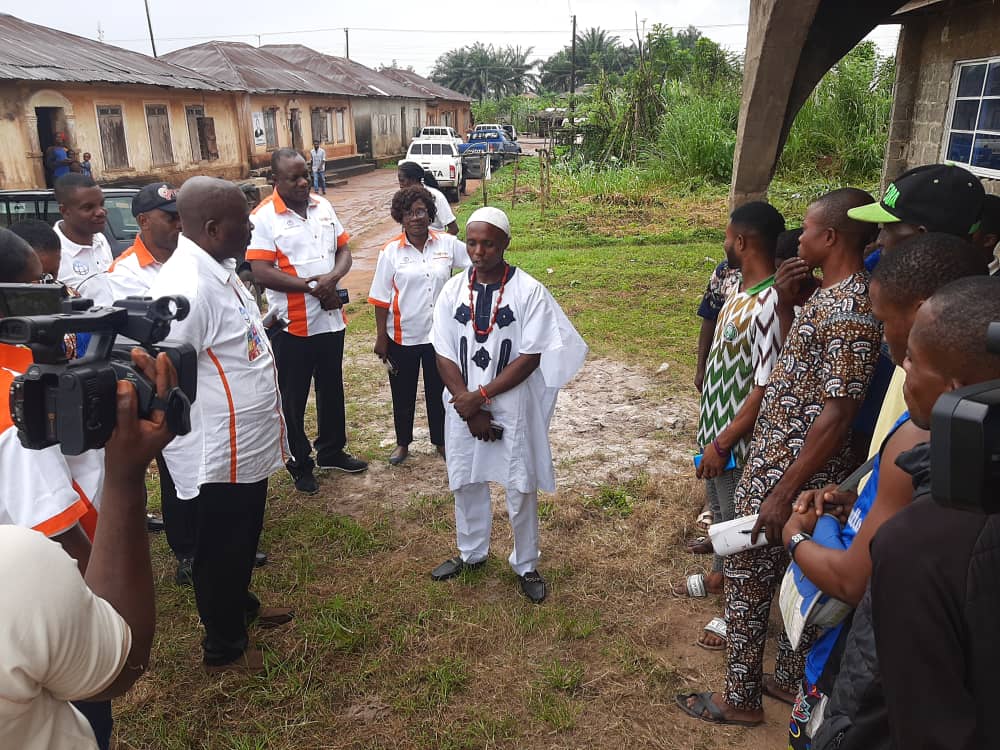 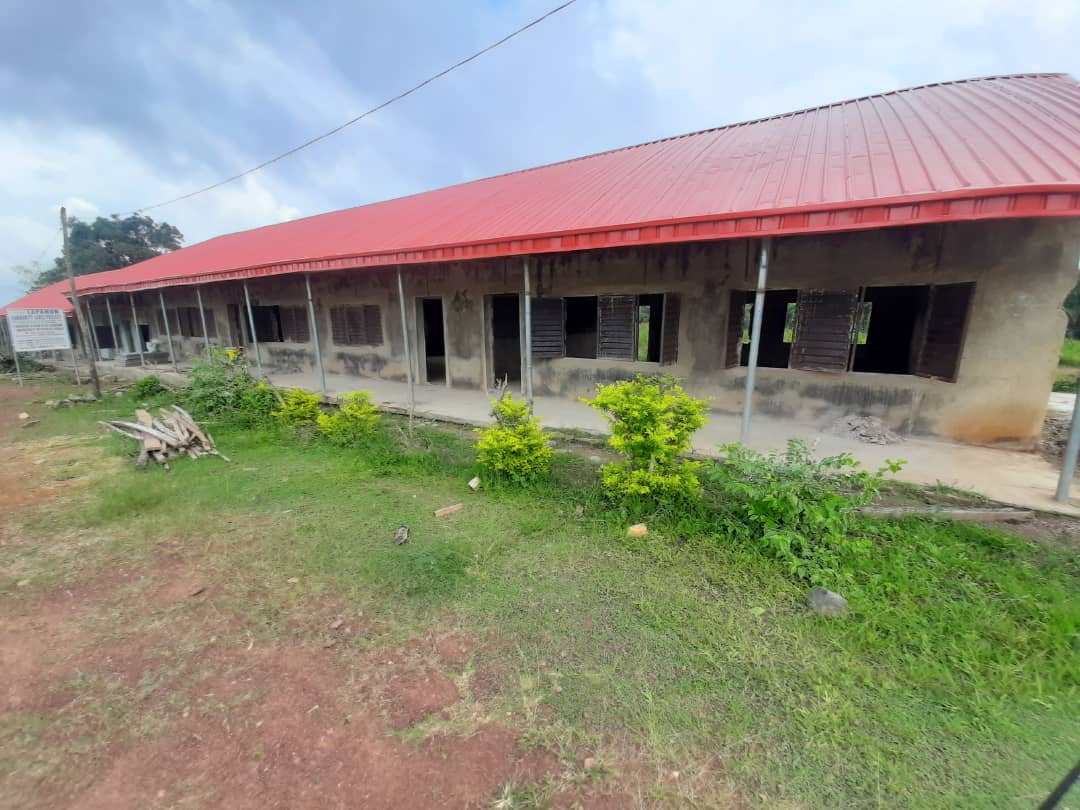 The State CARES Steering Committee (SCSC) officials of the delivery platforms and staff of the coordinating units have paid monitoring visit to three Local Government Areas (LGA) of the state.

The monitoring was aimed at assessing the level of performance in the implementation of activities by the delivery platforms of the Ondo Covid-19 and Economic Stimulus Program Action Recovery in Okitipupa, Odigbo and Idanre local government areas.

Addressing cassava farmers at Igodan Lisa in Okitipupa, Commissioner for Economic Planning and Budget and Chairman of SCSC, Pastor Emmanuel Igbasan said the team was in their midst to ascertain that the inputs procured under the Fadama project were delivered to them and to see how the supplies were being put to use.

He charged them to seize the opportunity afforded them through the intervention to put in their best to maximize the gifts, saying the government has more benefits to offer those who perform optimally.

The Commissioner informed them that the cassava stems given to them was the high-yielding variant that would grow to maturity within nine months. He stressed further that the state government under the program had made provision to support tomato farming. According to him, the Tomato is the best available anywhere.

"This is the first tranche of the inputs that is coming to your area. If the agricultural inputs are properly utilised, it's going to have multiple effects on the socio-economy of this area. Firstly, your success will boost commercial activity here, minimise the stress of farming enterprise, boost farmers' economy, reduce the state reliance on importation of food and ultimately reduce unemployment."

Each of the benefitting farmers confirmed the receipt of 30 bundles of hybrid cassava stems, 2 bags of fertilisers and 4 herbicides.

The young men and women expressed their gratitude to the state government for counting them worthy of the inputs, with a promise to make a success of the opportunity. The OndoCARES contingent later moved to Oke Elepo Farm Settlement to inspect some of the cassava pilot farms.

The team, thereafter, proceeded to Abusoro community in the same local government. Pastor Igbasan interacted with the beneficiary farmers of piggery assets as well as the elderly/aged beneficiaries of the Cash Transfer program. The beneficiaries of the monthly Cash Transfer expressed their gratitude to the government for fulfilling its promise and providing relief from effects of the Covid-19 outbreak. They also attested to receiving the monthly transfer in their respective designated accounts. Highlight of the visit was presentation of special breed of piglets to the farmers in the locality.

The tour of Okitipupa was rounded off with a meeting with the youths involved in Labour Intensive Public Works in Ilutitun community. The youths confirmed receipt of monthly stipend paid directly to their accounts for participating in different social works for four hours daily for twenty days in a month. They thanked the state government for the opportunity to serve their community. They however pleaded with the government to provide them with uniforms and working tools.

At Odigbo local government area, the monitoring team inspected the renovation work being done on a 3-classroom block and toilet at Lapahun Community Primary School by the Community and Social Development Agency (CSDA). The Headmaster and staff of the school, who were on ground to welcome the monitoring team, expressed their unreserved appreciation to the State government as they took the team round the project site including the site of a motorized borehole built for the community use.

The first round of the monitoring exercise was brought to a close at Idanre Local Government Area, where the delegation inspected the newly renovated Basic Health Centre built by the CSDA.  Narrating their past experience at Olokuta Aponmu lona, the community leaders informed the team that they had been using a small room to take delivery of pregnant women and attend to patients in the community in the past. They commended the State government for providing the new health facility, which will go a long way in improving their health conditions and the well-being of the people in the community and it's environs.

The team is expected to extend the monitoring visit to all the 180 benefiting communities of the programme spread across the 18 LGAs in the coming weeks.

Ministry of Economic Planning and Budget