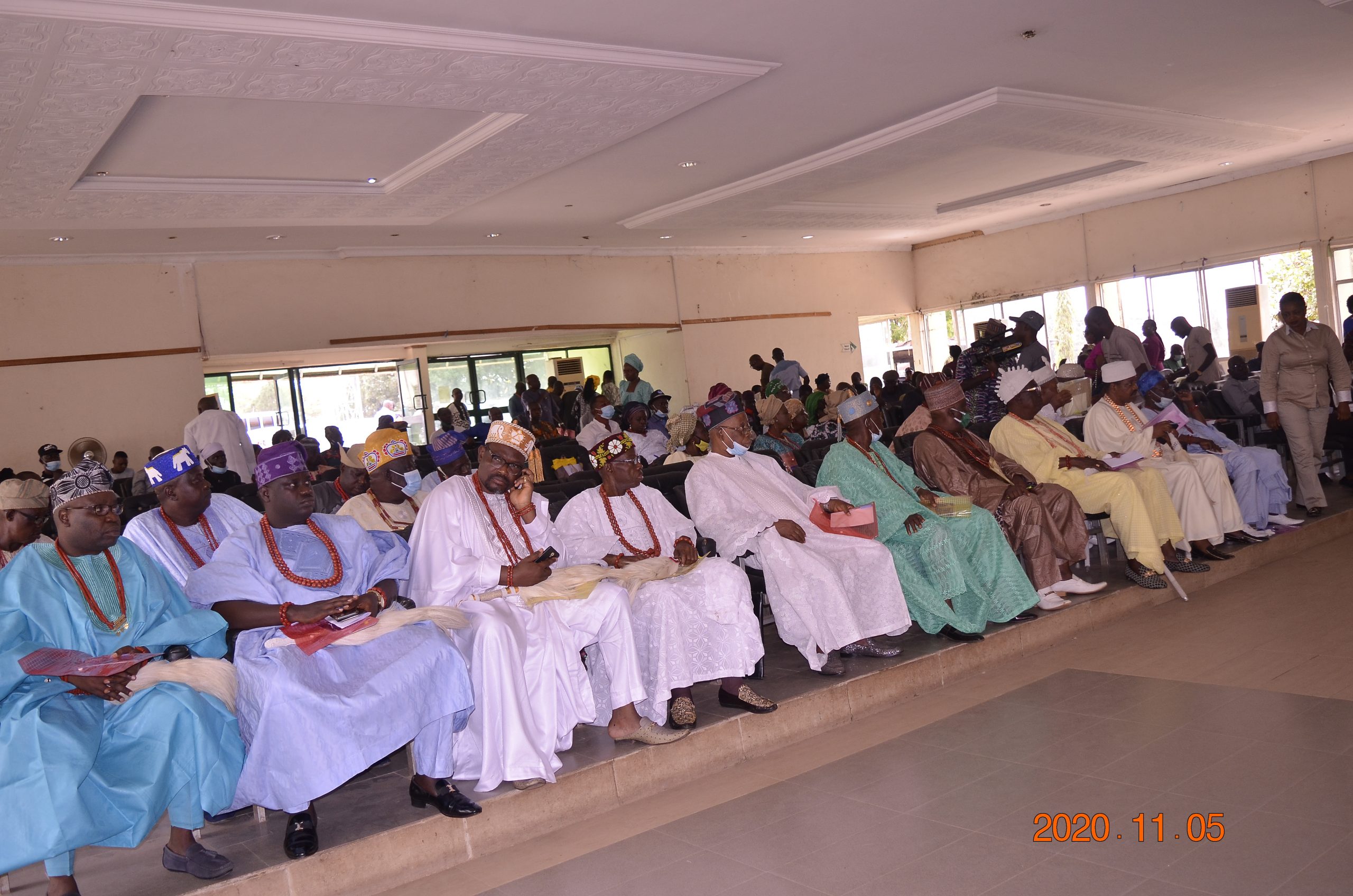 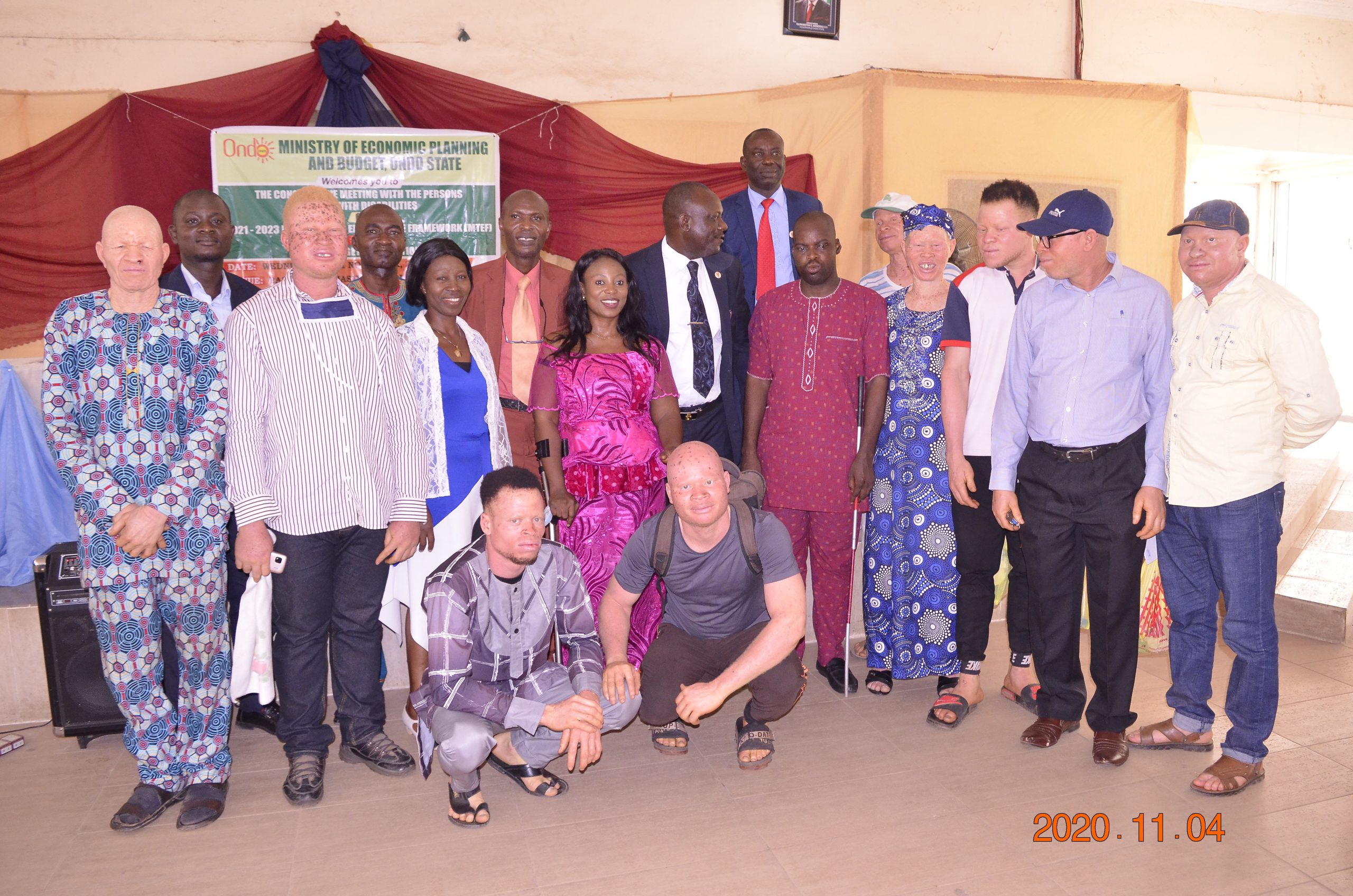 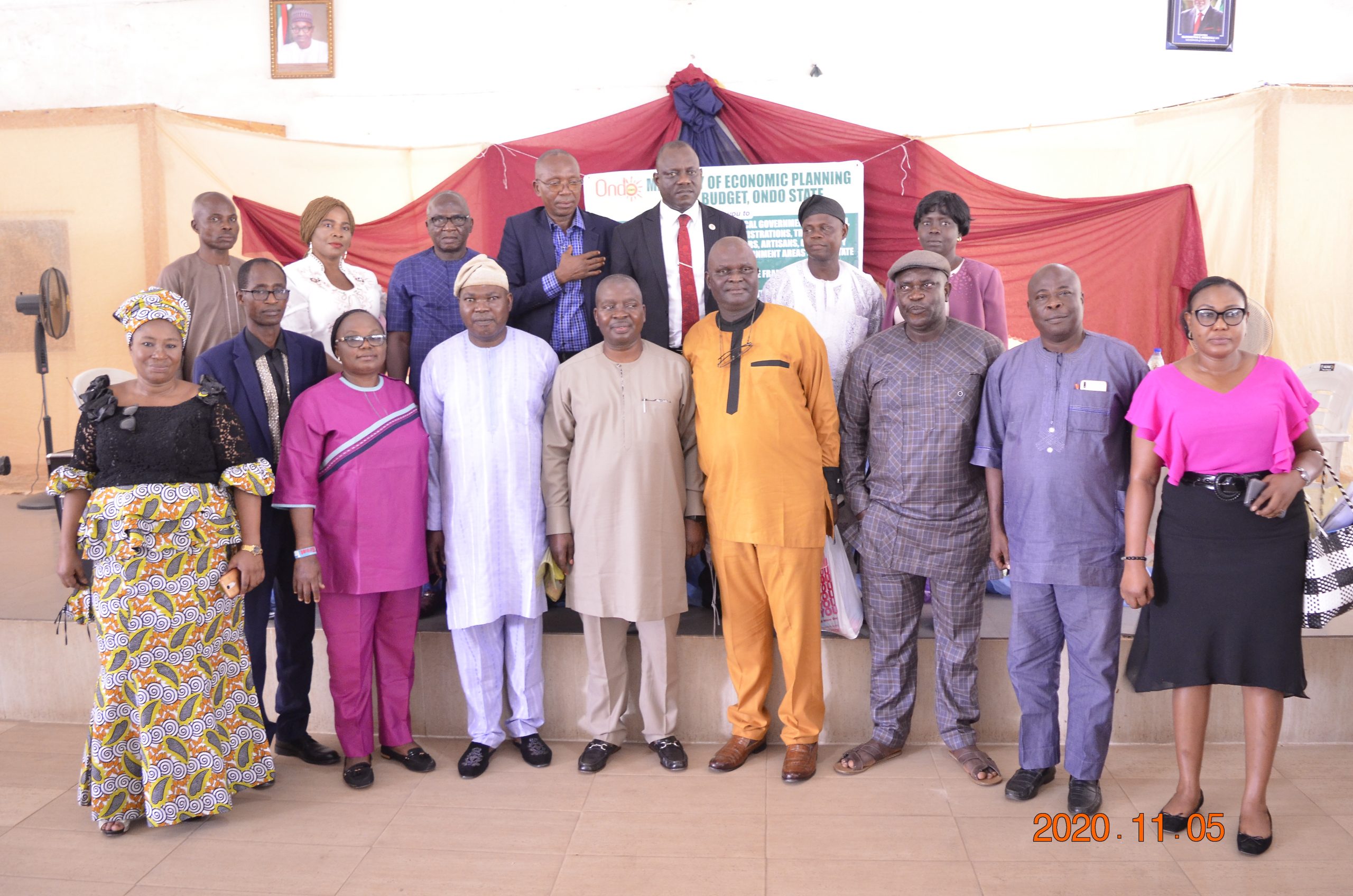 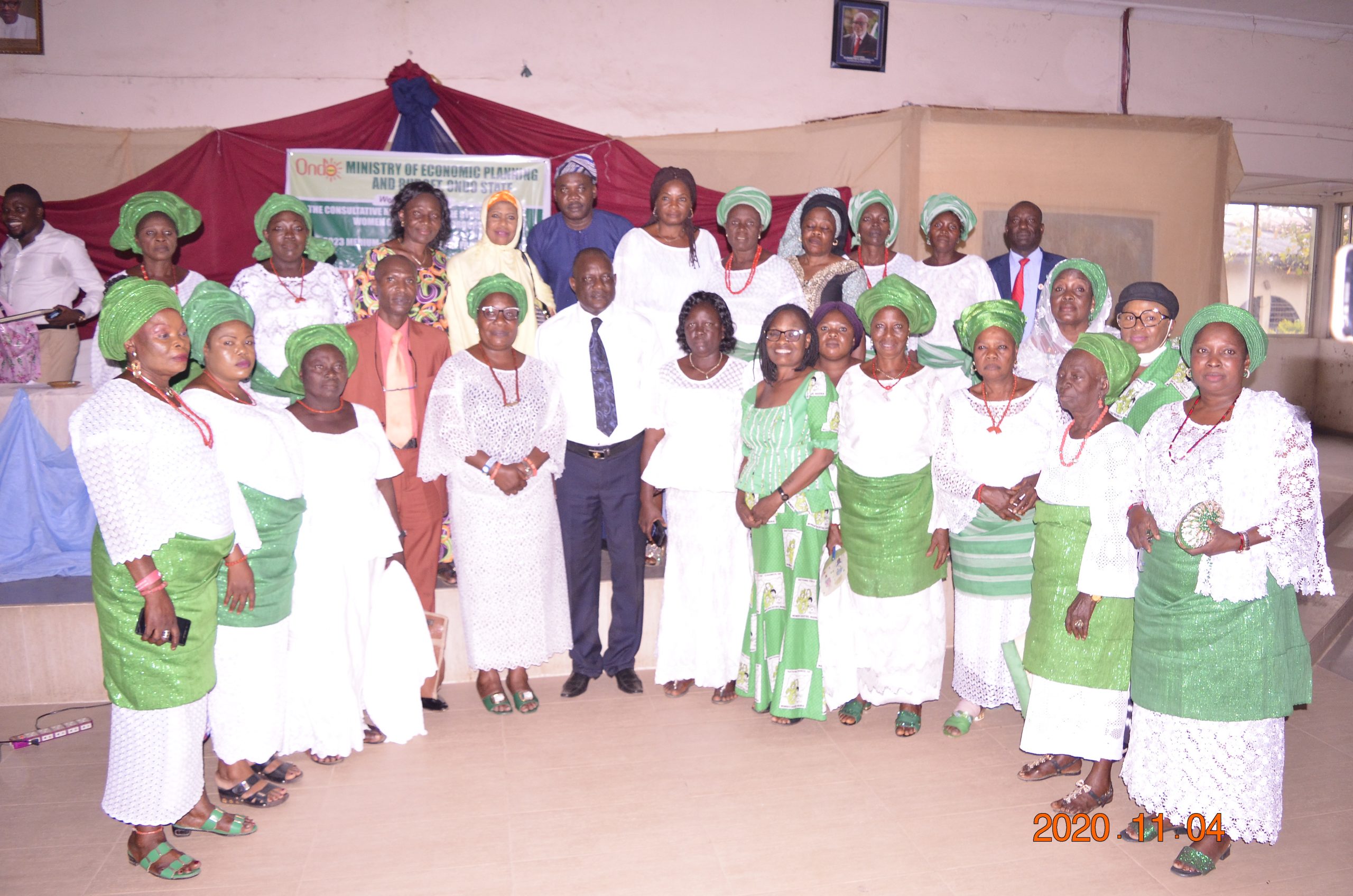 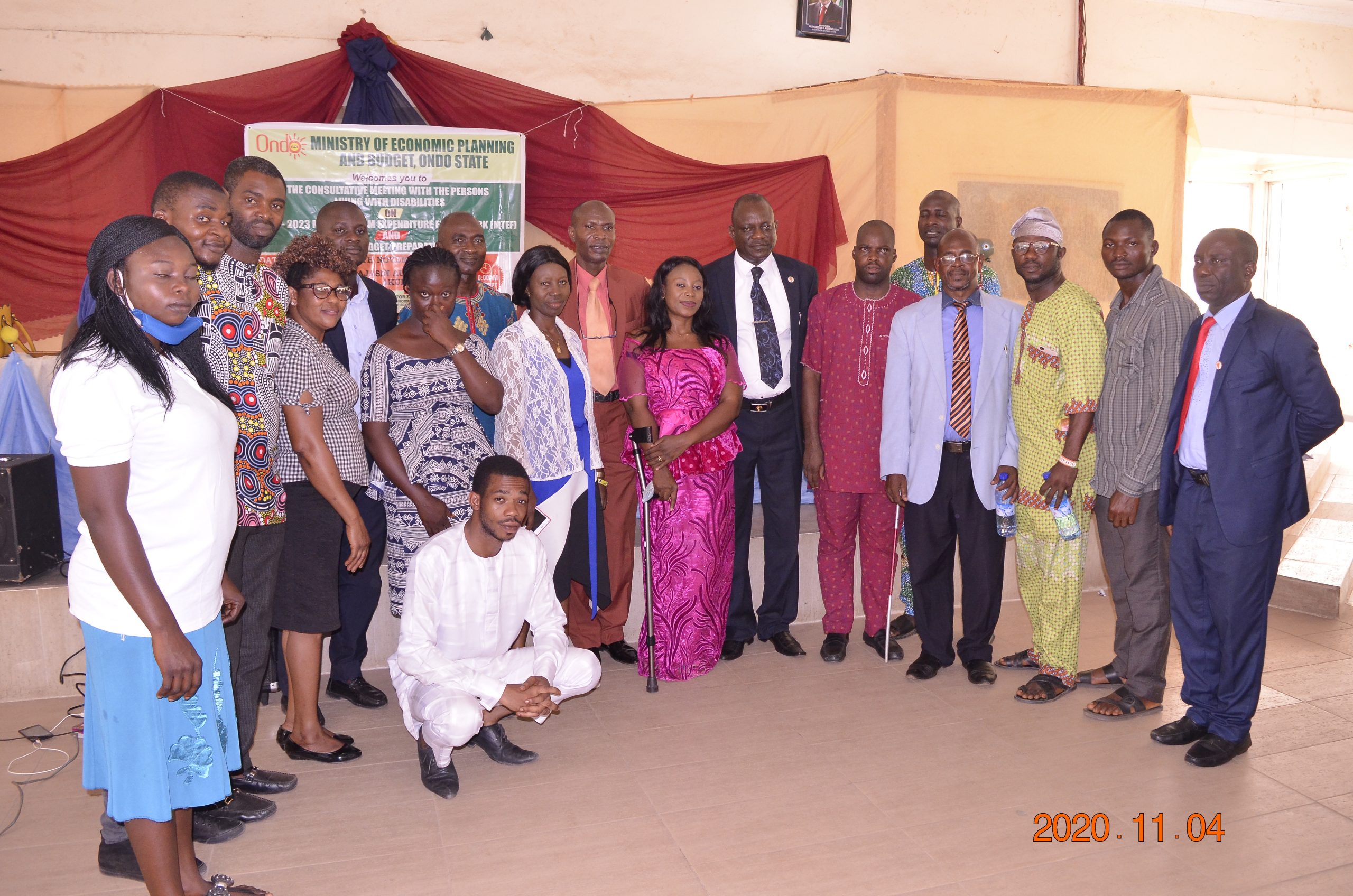 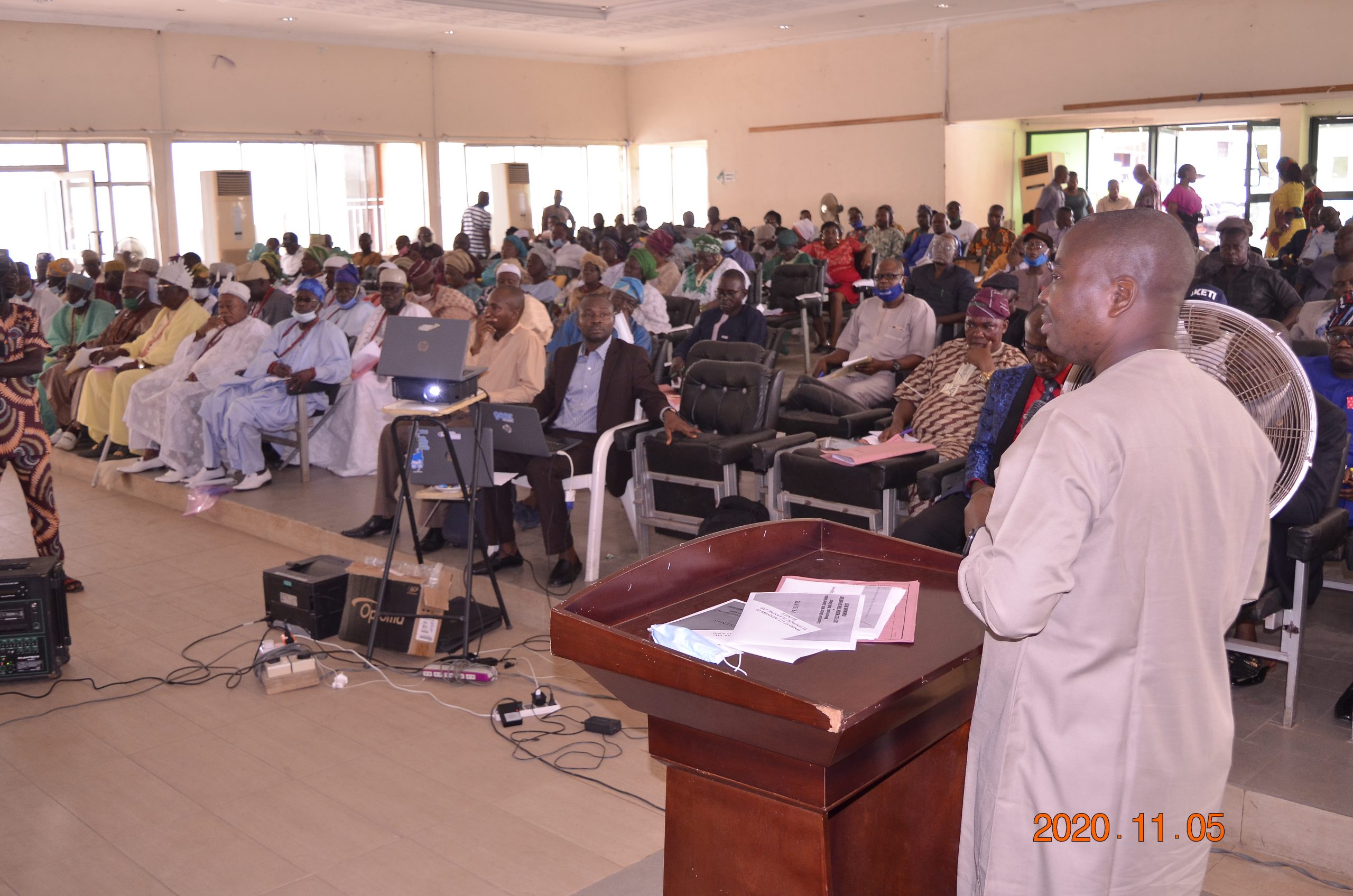 Ondo State has again reiterated its commitment to harness her abundant human and material resources with a view to transforming the state to one of the most developed states in the country through continuous strategic implementation of developmental projects and programs.

Pastor Igbasan explained that it was in continuation of the lofty idea of inclusive governance by the Akeredolu-led administration in the state that necessitated strategic consultative engagement with relevant stakeholders and organizations for the preparation of the state budgets.

The meeting with these groups signifies the beginning of series of further discussions with various groups on the 2021 - 2023 Medium - Term Expenditure Frameworks (MTEF) and year 2021 budget of the State.

The Commissioner explained that budget is not just a compendium of arbitrary figures but rather a key fiscal policy instrument used in managing the economic well being of institutions, be it private or public.

He stated that government employ this vital instrument in the management of its economic landscape and to direct public expenditure towards the desired goals, in accordance with the promises made by it to the citizenry.

The interaction was designed to enable government capture areas that are of top priority to various groups, create a sense of ownership, help foster better relationship between the people and the government as well as create awareness on what government is doing to enable them take ownership.

Igbasan noted that most of the issues raised on some sectors of the economy during the 2020 budget review consultation meetings with relevant organizations have been attended to by Mr. Governor.
According to him, government has taken bold steps in diversifying the State economy through the establishment of Ondo Linyi Industrial Hub at Ore which currently hosts about 5 industries, declaration of Federal Government on Ondo Seaport being awaited and the newly commissioned chocolate factory at Idanre.

In addition to this, fund was made available to the health sector being the sector worst hit by COVID-19; in the education sector, provision was made on virtual and e-learning platforms for students during the lockdown, while all schools across the state were fumigated.

The Commissioner explained further that government set up a COVID-19 Committee without any political sentiment to ensure even distribution of palliative across the 18 Local Government Areas, and also embarked on rigorous media publicity on its achievement, while adequate fund was made available for the Ministry of Women Affairs to tackle sexual assault, rapes, and marriage break-up.

He added that soft loans and credit facilities were given to Micro Small and Medium Enterprise, tax reduction was granted to Hotels, Restaurants and Event Centers while presumptive tax regime for artisans, Market Women and others was reduced to 20% for year 2020.
Pastor Igbasan, restated the commitment of the Akeredolu-led administration to always make the well being of people the central focus of government activities.

He, therefore, called on various organizations and groups in the society to come up with their priorities and contributions to achieve an all-inclusive budget that would further develop the State and improve the living standard of the people.

Earlier in his opening remarks and presentation, the Permanent Secretary of the Ministry, Mr. Bunmi Alade, said the policy - thrusts and priorities of government in the next fiscal year are aimed at further consolidating the modest gains of the last three and half years through effective and efficient resources allocation, sustenance of investment in infrastructure facilities and intensification of efforts on independent revenue generation among others. He noted that the forum was meant to enhance transparency and accountability in the budget preparation process of the State.

In his presentation, the Director of Budget, Mr Stephen Aworere said the year 2021 - 2023 Medium - Term Expenditure Framework (MTEF) is aimed at addressing the effects of post COVID-19 challenges as well as the recent restiveness across the country.

Mr Aworere explained further that the 2012 - 2023 MTEF would also helps to deepen the goals of job creation for the youth, poverty reduction, through wealth creation, sustain the momentum of rapid infrastructural development as well as ensuring uninterrupted service delivery to the good people of the State.

He, however, emphasized the need for all hands to be on deck towards increasing the Internally Generated Revenue of government so as to finance the budget as well as be able to meet critical needs of the people.

At the meeting, different professional bodies gave useful contributions on how to increase the Internally Generated Revenue of the state to finance the budget as well as the yearnings and aspirations of the people in terms of needed interventions in the society.